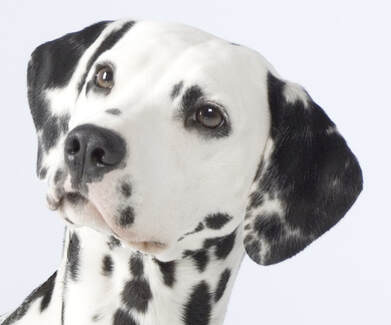 Lucy, our second show dog, had a distinguished career in the ring over a five year period from 2006-2010.   She was a beautiful, elegant and sweet-natured girl with excellent breed type who captured the eye of many judges.

Lucy finished her AKC championship shown by Toni at just 12 months of age in 2006 winning four majors and two Best of Breeds from the classes.  A friend in another breed suggested we campaign her a bit to see how she would do.   That fall, with the help of handlers, Laura King and Mike Szabo, Lucy won enough Best of Breeds to finish in the Dalmatian Club of America’s Top Twenty at the age of just 17 months! 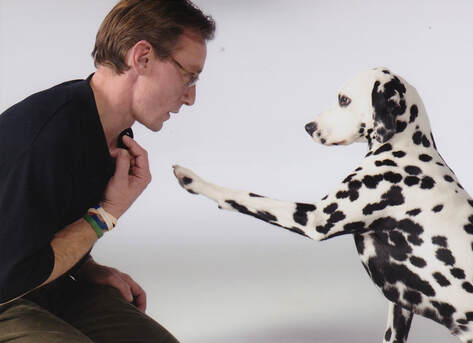 In early 2007, we met handler Mark Bettis who became Lucy’s and our good friend.  Mark took Lucy on to four more years of  DCA Top Twenty qualifications, making her one of very few Dalmatians to qualify for that honor in five consecutive years!  In their best year, Mark and Lucy finished 2007 ranked as the #7 Dalmatian in Breed points.  Lucy racked up 110 Breed wins, 26 Group Placements, including three Group Firsts, a Best In Specialty Show, numerous Specialty Best of Opposites and Awards of Merits, the First Award of Excellence at the 2010 Eukanuba National Championship (the only year she attended), and her Grand Champion title.  Lucy is on the select list of All Time Top Show Dalmatians.

Lucy did all this and remained our pet, living with us except when she was in season, and meeting Mark at ringside the vast majority of the time.  In three of the five years, she was only selectively shown.  She was indeed a very special girl!

In 2009, Lucy was bred to GCH CH Rockledge’s Bring Them Young, another Top Twenty Dalmatian.  They produced a litter of eight beautiful puppies.  Four went on to become AKC Champions - three in Conformation and one in Agility. One is a group placing Grand Champion, two won Breed from the classes over specials, two were Specialty Best of Winners and Best in Sweeps,

Lucy retired from the show ring at the end of 2010.  She missed Mark and “going” to the shows, but she happily became a couch potato who loved to play with her daughter, Baili, and her grandson, Raj, hunt moles in the yard, and snuggle. She ultimately got to go "on the road" again when she traveled to shows with Raj and later her great granddaughter, Rhani.

For us, there will never be another Lucy.  She brought us so much joy for her nearly 15 years.

Below is a slide show of some of her more memorable moments in the ring!  Enjoy!